Unfortunately we arrived to the last station of our visiting tour… for NOW. Cheftor promised to take us further when we back in September. I really hope so cause there are sooo many more cool stuff to check out (for example our “posh” vegetable supplier must be amazing with all the colorful tomatoes, courgettes, aubergines and herbs with salads…. or the Milk People who bring the natural yoghurt, cottage cheese, sheep-cow-goat dairy products…). 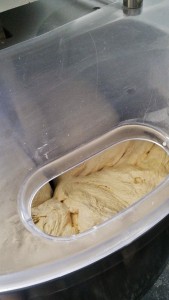 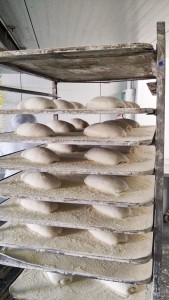 At Monvinic at the moment we use 2 types of bread. One is a coca – tipically spanish, more like a flatbread (or focaccia). This is what u can use for tapas (really traditional bite: cut the coca, toast the inside and rub with a mix of garlic, raw tomatoes, olive oil and salt), cut for crutons or a simple sandwich (entrepa). Personally me – i am not that big fun of coca-bread just because its always made only with white flour and normal yeast – and its never ever get crunchy. NEVER! And if i do eat bread – i eat for the crusty edge – not for anything else. 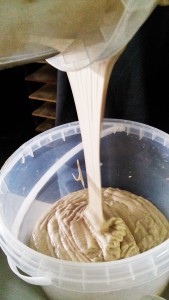 For this reason i love much more the other bread we use because its just the opposite of the coca – real sourdough with the noisiest crust ive ever tried to tear into pieces. I just love it. In this case u can play much more with the flours as well. 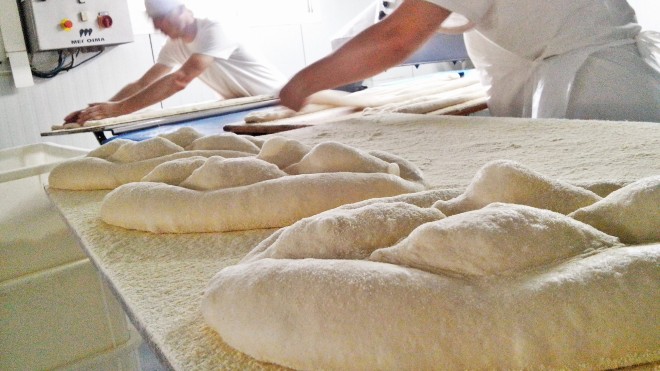 We met Angel in the factory who is the father of the bread. Explained us a lot about different types of flours and yeast they use and the experiments of trying out new brands – however they have a good ecologic stuff at the moment – Angel never stops looking for a better one. 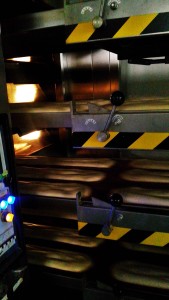 He has got a small team – around 8 people. They did try to extend their capacity but ended up realizing that the job is too delicate and to train new people… its kindof unaffordable. By that reason Angel keeps their stuff as happy as possible, they are like a big family working together for almost 10-20 years.

There are two totally distinct ways to do the coca and the sourdough – in different places with different methods and different people. They do the coca in the factory. Upstairs they have a massive machine to mix and knead the dough. Measured out (one coca is half a kilo) then the loaves are kneaded by hand, get a shape and go to their first fermentation (around 30 degrees). When their size doubled – the baker gives them a funny shape with a cutter, stretches them very long and very carefully, gives an oily touch to prevent drying so the second fermentation can come (around 35 degrees). Meanwhile the whole place filled up with steam from a little electric machine – it helps a lot to keep the coca moist.

i think its “kindof foodporn”… :P

The oven is downstairs – a Massive Monster. Has got stones inside – so the system heats up the stones and then the coca starts to cook from the bottom to the top. Without any air-circulating it bakes in 20 minutes while u increase the temperature from 170 till 190. Done. 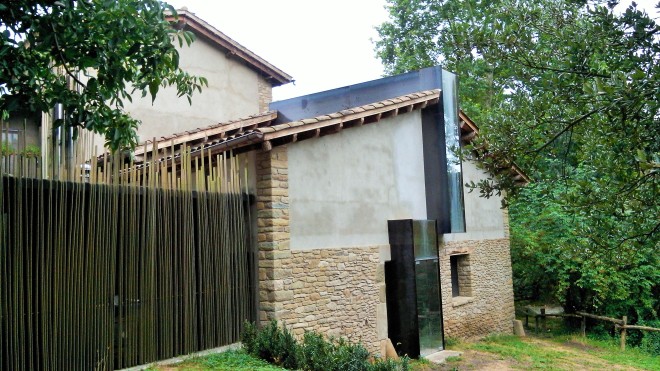 The sourdough…. is something different. I have to say – we had kindof bad luck because on the day when we made our trip to this village- were no bread-making-baking proccess on. Anyway – we still went to the Mill to see the place of magic*….

footnote*: by now i realized 100% that non of our suppliers are in a “simply normal” category 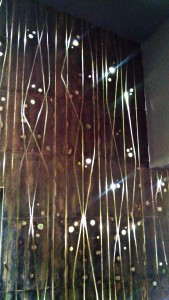 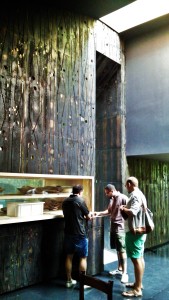 Angel showed the place around… an old Mill – half of it is working like a museum – well, the other half…. is something what takes your breath away. A futuristic – modern – cube house. This is the actual bakery. WOW. At this point i did feel sorry not to see the place ·working· – cause was pretty unbelievable imagine. It was more than a scene of a Hollywood movie. 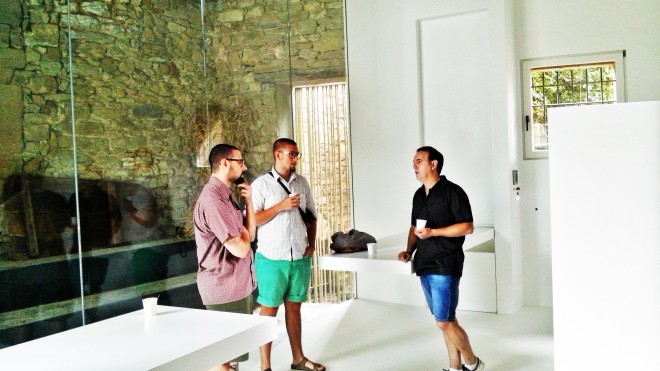 The trick is in the oven. The fire (made of chestnut and oak wood) is situated in the middle of the oven in a “tube”. Like a big wheel – there are stones moving around this “fire tube”  – each stone can hold 3-4 pieces of 1kg bread. While the dough is baking – the wheel is moving just like London^s Eye – and there is always one stone which is closer to the heat than the others…. by whatever reason Angel believes. * 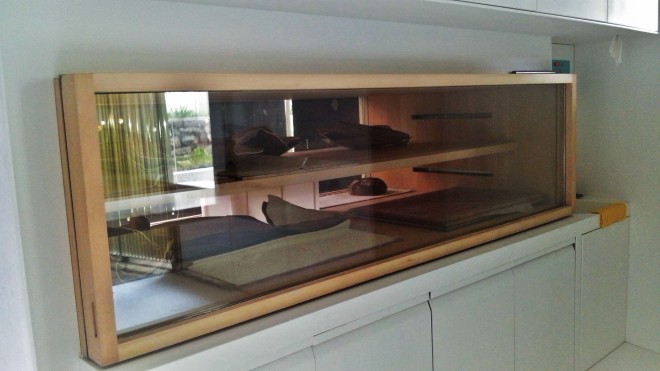 * i told u that its not the normal stuff u would expected from a “bakery” :P  but its pretty cool.

After all… They do whatever they have been doing in the last 20 years. Experimenting – but seriously sticking to the original ideas. Cal Mossen do not do specials. Never. They do their coca (whats soooo popular that is exported to some big European Cities like London) and they do their sourdough bread (selling to Monvinic and the Tickets in Barcelona). U like it or not… No compromise. Deal done. 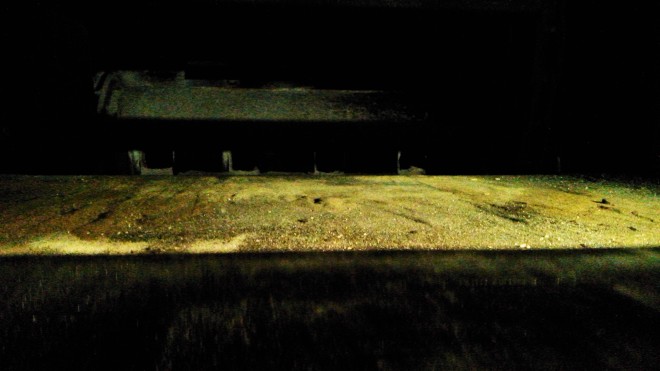 *footnote: as i mentioned before – they do rye sourdough so the ^massa madre^ needs to be fed every day. If someone doesnt know – feeding means to discard half of the mix and give the same amount of new stuff (flour and water). I was really quick and ask the “old half” to take home instead of chuck in the bin. Thank u very much. I made a really gorgeous bread at home. Yum.